skip to main | skip to sidebar

The Difference between STYLE and FASHION ?

I am out in New York , everyday.  The fact that a car here is a liability rather than a necessity , keeps us on the pavement.  I see people everyday, that are in their opinion, put together enough to go outside their apartments.  I love to people watch, and wonder where they are going  ??????
Some people have Style , Some have Fashion.

Style has a sort of presence in a person's complete being .  I have seen people jogging with a bottle of water , but, still have a style ,to their being.  I know people that can put anything on and make it look expensive , or , well placed.   I know people that spend lots on everything they own and they still look mismatched and worn.  I have seen men standing in line with just the right style , no matter what brought them to that line.
I have been on elevators with great classic haircuts ,as well as , colored and rubber banded ponytails.
Style for me is a way of life , not an, object or a trend.
Fashion for me is in the moment , the wave , or just an expression of that day or outfit, in your life.

I just wanted to blog today that I live in the best city in the world for style and fashion.  New Yorkers make crossing the street an event .  Our diverse cultures, and shopping make a .99 cent scarf huging a Findi coat acceptable. 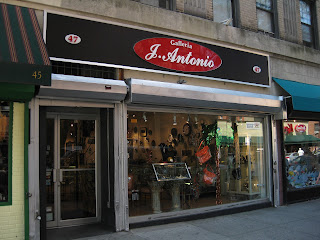 Remember what I always say " Enjoy yourself , It's already tommorrow."

Posted by galleria j antonio at 8:35 PM No comments:

Our Web Site is up for all of you to use

www.GalleriaJAntonio.com was published on the 4th of July.


I used the day that the United States was born to give birth to our web site.
Galleria J Antonio is:
American Made Products on the Web.    CLEVER , I thought.

I must admit the process was hard at first but this electronic stuff has its advantages.

I can use the computer and everyone can't see that I have not shaven and my outfit is not up to par.
I hope you all use our shopping cart to stay in touch  .   A  gentle ,hug.
Jesse Gee
Posted by galleria j antonio at 1:18 PM No comments:

In 1961 to 1962 Barbra Streisand would sing at the Bon Soir .
Later Barry Manilow and Bette Midler would team up and belt out tunes , as did Ethel Merman,  and young, joke telling,  comedian's like Joan Rivers & Phylis Diller .
I got to New York in 1969 , just  in time to go there when The Bon Soir was a dark , shady, Latino dive with the greatest music I had ever heard.
Underage tyrannies and regular fights kept the mood filled with suspense and drama.
No it was no listed on the CLUBS TO GO section of the village voice but if you needed a place to go to feel free and dance till 3 a.m. that was where you went.

I met a co-worker there who by day was a credit manager and night she was SAMANTHA .  We both agreed the office did not have to know where we spent our free time and he is still one of my best friends.  He stopped being Samantha because he's 65 yrs old and he can't spin, on the pole any longer, no matter how low his heels are.

The show was a Bette Midler tribute called "BACK TO THE BATHHOUSE" that will open next week on 42nd street.
But the real show was inside of me as I sat in that room , and felt the vibrations of all the stars and would be stars that you can still feel down there.   The sound system was still fabulous .  Its been renovated and cleaned up , but , It's still small, cozy and filled with dreams.
I wanted to stay in New York , get into the fashion business, find someone to love, and always be a second from a new ideas, a fashion trend  and accomplishments.

Galleria J.Antonio is all of that for me. 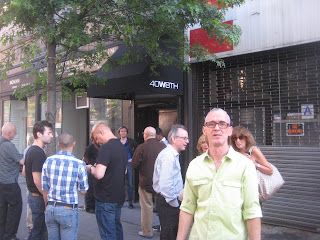 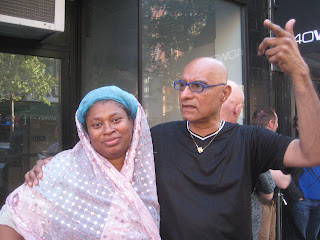 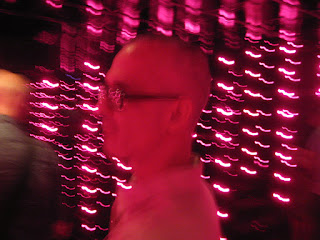 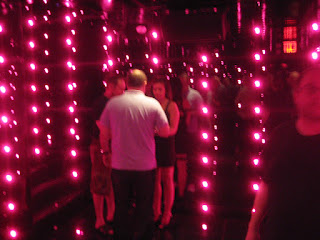 Posted by galleria j antonio at 12:57 PM No comments: